Abstract
Introduction Some have opined that caudal traction of the spinal cord may result in caudal descent of the hindbrain. Materials and methods In fresh adult cadavers (n = 12; less than 6 h postmortem) with no CIM, distal tension (75 N) was applied to the conus medullaris with simultaneous observation of the cervical spinal cord, brainstem, and hindbrain and their relationship to the foramen magnum per occipital craniectomy and removal of the posterior arch of C1.

Introduction
Multiple theories have been suggested for the development of cerebellar tonsillar ectopia of greater than 3 to 5 mm (i.e. the Chiari I malformation, CIM) [2]. These have ranged from maldevelopment/underdevelopment of the posterior cranial fossa to overgrowth of the neural contents of the cranium. Another theory for the etiology of cerebellar tonsillar herniation through the foramen magnum is the caudal traction theory. This theory posits that distal fixation of the spinal cord may result in inappropriate tension on the developing rhombencephalon with resultant herniation. To amplify this theory, some authors have recently advocated transecting the filum terminale in patients with CIM [3]. To further investigate this premise, the present cadaveric study was performed.

Results
After lumbar laminectomy in cadavers, caudal tension on the cord (conus medullaris) demonstrated negligible movement (less than 1 mm) of the caudal brain stem and cervical spinal cord. No movement of the cerebellar tonsils was identified. Moreover, after transection of the lumbar dural cul-de-sac and lumbar spinal dural nerve sleeves, distal traction produced only 2 to 3 mm of caudal descent of the brain stem and cervical spinal cord. Again, no movement of the cerebellar tonsils was visualized.
Conclusions Our findings in a fresh cadaveric model suggest that it is unlikely that caudal fixation of the distal spinal cord results in inferior displacement of the cerebellar tonsils, and a resultant Chiari I malformation or that transection of the filum terminale may reverse tonsillar ectopia. In vivo animal studies are now necessary to verify our findings.

Discussion
One of the earliest views of the pathogenesis of hindbrain hernia stated that tethering of the spinal cord may cause posterior fossa structures to be pulled inferiorly into the spinal canal. Regarding hindbrain herniation and patients with myelomeningocele, Goldstein and Kepes [1] found that in an animal model, distal traction of the spinal cord is dissipated over three to four spinal segments. In contrast, in a cadaveric study of the denticulate liga- ments, we found that distal traction of the spinal cord resulted in movement of the cranially located spinal cord near the cervicothoracic junction after transection of all denticulate ligaments [4]. Royo-Salvador et al. [3] have described three patients with CIM, two of these with syringomyelia, in whom symptoms were improved in two after transection of the filum terminale. Interestingly, these patients did not have a fatty infiltrated filum terminale, low conus medullaris, and were operated “without opening the dural sac.” Interestingly, in a recent review of our entire lipomyelomeningocele population, we found a high incidence of an associated CIM [5]. However, no significant difference was noted in the volume of these patients´ posterior cranial fossa when compared to age-matched controls. One might speculate with a normal posterior cranial fossa volume that these patients´ hindbrain hernia could be a result of their distally fixed spinal cord. However, our current study does not support this speculation. 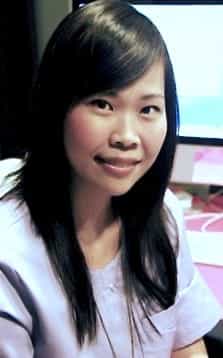